What’s all the fuss about the fat, subcutaneous fat?

That would be the subcutaneous fat layer. This is the third an inner most layer of the skin and probably the most talked about because people relate this to weight gain and loss. The subcutaneous fat is also referred to as the hypodermis, hypoderm, or superficial fascia.

So how do you know if you’ve incurred an injury in the subcutaneous fat area?

Most runners get a condition called plantar fascitis. This skin problem results in an inflammation to this region of the skin. You’ll be able to identify it immediately because the pain on the base of the foot is unbearable. It’s also possible to tear the fascia which is even more painful.

So, what’s the problem with subcutaneous fat?

Fat is the most talked about term but first there needs to be some clarification. Two types of fat 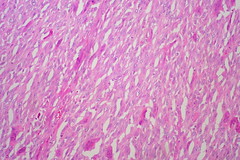 exist, subcutaneous and visceral. Take your hand and grab your skin and you’ve just identified the subcutaneous fat level. It’s always visible just below the skin.

If you need that sudden burst of energy, chances are you’re drawing it from the subcutaneous fat reservoir. But, this area also serves as a shock absorber for our bodies in additions to an energy reserve. As individuals, we all have fat existing subcutaneously because our body requires it to perform. It’s an integral part that makes up the fuel to run the engine, the human body.

What’s the problem with subcutaneous fat?

Have you ever heard the term “pear shaped’ when referring to a person’s body?

If so, that’s a direct reference to the subcutaneous fat layer. Now, there are many ways to detect fat levels including genetics, calipers to measure percentage of body fat, hormones levels including estrogen production and androgen ratio but the most effective seems to be magnetic resonance imaging (mri) or computed tomography.

These methods provide and insight into being able to predict health issues based upon waist circumference and body mass index.

Now, the second and more serious type of fat is visceral fat. It can be more of a problem and this is where health related issues develop. It’s lives in the abdominal regions and attaches itself to your internal organs.

Visceral fat has tendencies to thrive near a major vein called the portal vein. This is important because the portal vein transports blood directly from the intestinal area to the liver. The end result is that the visceral fat releases free fatty acids which can influence the production of blood lipids. As such, such factors as good cholesterol (HDL, bad cholesterol (LDL), and insulin resistance are directly impacted by the visceral fat. Additionally, it can also impact such factors as high blood pressure constitutes the metabolic syndrome, a major risk factor for heart disease and stroke.

Other articles about your skin that you might enjoy!

What forms the dermis of the skin? What do blood vessels and cargo ships have in common?
Scroll to top
This website used cookies to enhance your browsing experience. We do not share your personal data.Got ItLearn More